Keep your feet on the ground, and keep reaching for the stars

on January 15, 2020
July 4, 1970, until August 6, 1988, Casey Kasem hosted the American Top 40 on the radio. Through many of those years, Harry would listen to the four hour long program. Each week he would document in spiral notebooks what place each song was at within the chart. He would also note how many places up or down a song would travel. On mornings that we would have to be somewhere, Harry would somehow talk my dad into listening and writing in the notebooks when he wasn't able to. Somewhere within my parents house are these notebooks filled with AT40 history.


This documentation of The AT40 started Harry’s lifelong Harry’s Top Ten Album Lists of the Year that he would make. These were his top ten favorite albums of the year. He would send out his Harry's Top Ten every late December to me, our mom, his friend Jason and maybe a small handful of others he was close to. Harry would consciously not buy any albums late in the year as to not take a chance to have to make changes to his top ten that he would work on all year.


He could recall every Top Ten for as long as he made them without looking at anything. While going through some of his school notebooks for his last degree, I would find randomly in the middle of class notes, lists. Lists of a draft of his Top Ten at the time, lists of how many times certain artists had made an appearance in his Top Ten.


There wasn't a Harry’s 2019 Ten Ten Albums this December. Something that normally I would receive and scan over, but probably didn't take enough notice of like maybe I should have. But when it stops, you miss it.


I cannot rightly put together what I think would have been his Top Ten for 2019, as it was a rough 5 months for him, though there may be an incomplete 2019 list hidden in a notebook that I haven’t found yet.


I can though, share his top ten all time favorite albums, which yes, was written in many notebooks over the years of course. 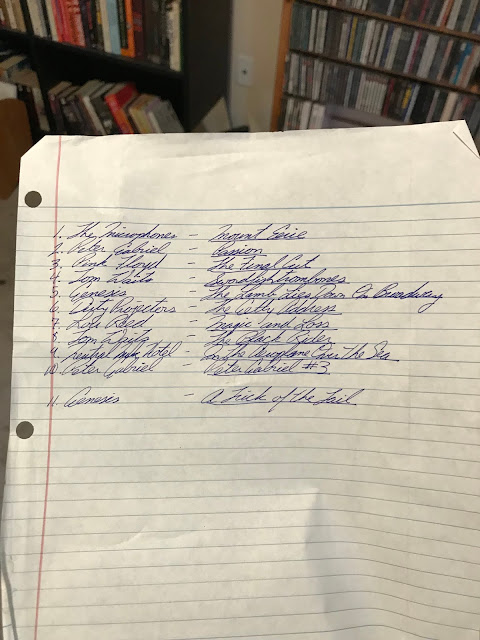 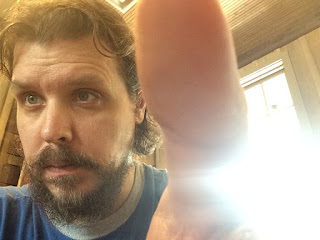 The Heroes of Harry

My Heroes
William Douglas - on the Supreme Court for longer than any other person, 38 years. He wrote Griswald v Conn, which is what Roe v Wade is based on. He was an environmentalist. He was a great man.
Eugene Debs - He was a great legislator who tried to make the country a better place.
Alan Watts - Alan Watts is an Eastern Philosopher, he had a brilliant mind, he had a book called The Book, which is the best book ever written. He goes beyond Eastern Philosophy to the way minds really work.
Peter Gabriel - Peter Gabriel, his thinking, his music fills up my head with religion, politics and sociology, I think like I think because of Peter Gabrial.
Roger Waters from Pink Floyd, his politics are great. He is 74 years old, and he’s still making people mad.
William Burroughs - His brain is all messed up, but he thinks crooked.
Robert Anton Wilson - He is one of my favorite thinkers.
Those are my heroes, you're all my heroes, but those are my heroes that I don't know. 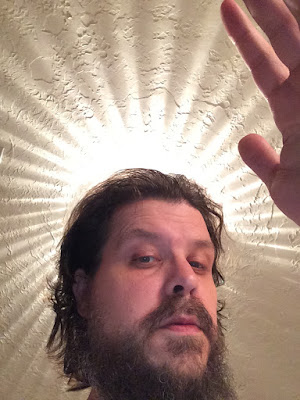 I am still here to tell the tales of Harry

I am still here. I am still here to tell you about Harry. Though I am still here, I am not sure how to adjust to life without Harry.
Death is a strange thing. But the life after the death of someone close is even more strange. The remnants of what one's life once was gets divided up, donated, trashed, mixed up, boxed up, stored or lost.
I spent the better part of a month going through his papers in his apartment to try and decide what was his writings, his work, his school and any combination of these items.
Stacked up in the room downstairs of my residence are multiple self-printed copies of the two novels that Harry wrote. Which of these are the "definitive' versions (if they exist), I do not know. In a shoe box tucked away with his papers are 300 or more 3.5" floppy discs, that may have more versions of said novels. One day, I would like to have them edited and try and have them published in some form.
In an ongoing Google Sheets file are the beginnings of a copy and pas…