The girl in the red pants (redux) 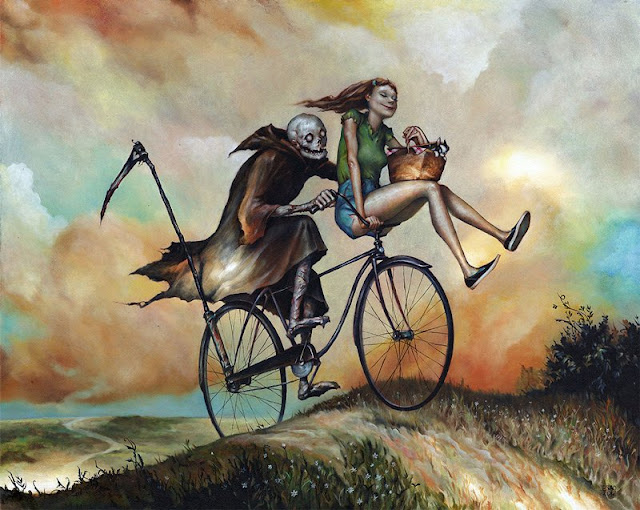 There’s one of the chemos that goes in my back. A spinal tap! I lie on my side and then a doctor comes and sticks needles in my spine. There’s another chemo that takes the whole day to empty out of the bag and looks like orange Kool-Aid.

I went to the hospital for six days for four kinds of chemo and when I got out, my brother drove me to see The Girl in the Red Pants at her office. She still was not wearing the pants. I mean, she was wearing pants, but the pants were not red.

I wheeled myself into her office. I was forty pounds lighter, bald and beardless, in a wheelchair and of much weaker voice than in past times I’d seen her and I had not told her I was sick, and it occurred to me, in passing, as my wheelchair passed the threshold of her office door, that The Girl in the Red Pants might not recognize me in this state.

“Do you know who I am?!” I shouted, or tried to shout, or said as loudly and as clearly as my cancer-and chemo-racked throat could manage it.

“Harry!” said The Girl in the Red Pants. Without missing a beat, with a smile, no less. Then she leapt from her orthopedic office chair, ran to my side, leaned down, and gave me long, warm hug.

This whole lymphoma thing is coming along perfectly according to plan.
cancer chemo girl in the red pants