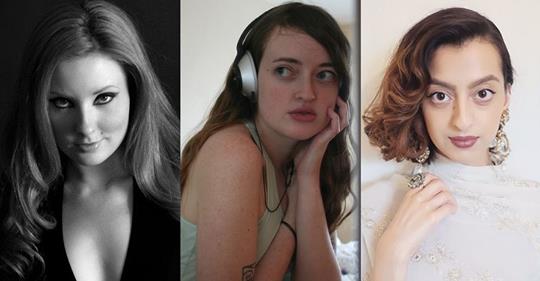 It is a simple story and I will tell it simply. Not in that drunk Yoda voice in which I typically tell my tales. You believe you want to hear this but you don’t. This is like… a prequel, I guess, this is something which sounds better in theory than in execution. Like “Let’s do a whole movie about that throwaway line at the start of the original ‘Star Wars’ about stealing plans for the Death Star!” Moses Hadas once said, in reviewing some old book or other, “This book fills a much-needed gap.”

No one much read my posts at Yahoo!360, either.

Then came a day, while cruising through Yahoo! 360, when I struck upon an idea. A stroke of genius, of stupidity, or of desperation. If I were to start another profile, on Yahoo!360, but with a single change, it could well bring in more eyeballs to my words. The change was this: Instead of my picture, I’d use a picture of a pretty girl. Instead of my name, I’d use a name like “Adrianna”.

I needed bait pics for my hook words and so I right-clicked a random girl from a Livejournal self-portrait group in which Jamie was a member. The random girl was a redheaded bartender from Buffalo and the possessor of the world’s most entrancing cat eyes, and she was the one who became Adrianna. It was wrong, I suppose, to do that, I can see that now like I could sort of see it then. I am not proud. It was only an experiment.

And I don’t remember when the blogs began diverging, mine from Adrianna’s, but they began diverging, and then Adrianna (“Adri”) said things I would never say, things I could never say. She had her own voice and it was a voice that was not mine. It was confident, brave, and wise. It was authoritative and funny. She was rich and reckless, riding around town on a BMW motorbike and hanging with Thanatonauts.

For 5 years, I wrote the most crazy, brilliant, and mind-blowing words I will ever write. As Adri. First at Yahoo!360 and later at Multiply, which was another thing back then. It was all very good. At one point during this madness, Adri’s Sanitarium accounted for 8% of all internet traffic to Multiply, a platform which bragged of having 10 million individual accounts. The wrong thing got easier and easier to do.

And it might well have kept getting easier forever, I suppose, but for three things the year 2010 brought:

First, that bartender from Buffalo got bored of posting pictures;

and Third, some readers got obsessed, fell in love, and even tried tracking me down, or Adri down, or whomever down.

And so something had to change…

(so on to Katy and on to Nasreen!) 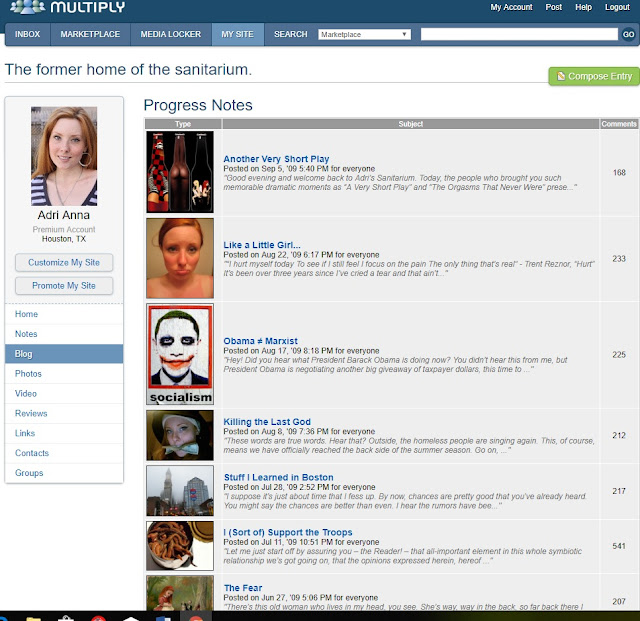