Another hole in my head 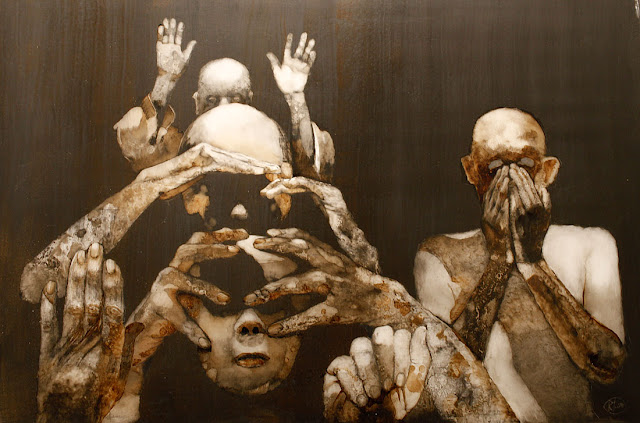 I wish there were a way and probably there is, to quickly and simply zap it out of my mind. Out of memory Bzzz! Perhaps one even imagines a little electrode, of some sort, focused in upon my wrinkly wrinkly brain and burning away this precise memory and not one more, so that I, like you, simply do not know.

You will walk up to me then, anytime thereafter, I can see you, and you’ll say, “Hey, Harry, who did you vote for in 2016?” and I’ll show you my trepanning scar and say, “I don’t know” and you’ll believe me!

I don’t do that, no I don’t set out on the road to trepanation yet, for the very good reason of I don’t know that it would help, in the end. The next question – the very next question – in that scenario just laid out for you, it would be something like: “But you know who you probably voted for, right? It was [Insert Name Here], right? I mean, you know…”

You might see this as a problem only imagined and not real at all. You might say, “No one really cares, Harry,” but you’d be wrong because it comes up all the fucking time. It still matters, somehow. I sit at work, for instance at work at lunch, eating with other people, as one does, you know, and news comes up, current events are mentioned, and the sideways glances begin. Gauging my reaction. Weighing. Whatever. I see them.

They don’t know what to make of me because they don’t know who I voted for. O they know I’m a middle-aged alcoholic, alright, who lives with his cat and sometimes still listens to Phil Collins and who quite nearly hanged himself back in June. They know all that and no problem, but there is one thing they do not know and they will not know and that thing is who I voted for.

No one knows. Not my mom. She thinks she knows, but no. Not my friends. Not my brother. Not you. I would, let me think, yes, I would sooner choose to have my grandma review my internet browsing history than tell anyone who I voted for for President in 2016.

And I remember that dark day, nearly two years gone now, when I made a choice though there was no right one. No right choice. Any way I went, I would have departed that phantasmagoric booth as a hypocrite or else feeling used or else complicit or else impractical or else too practical. Ahh, even ostracism later on, I could have lived with that as an okay thing if only it was on principle.

Every time I think of it, my head begins hurting and always in the same place. Here. That’s where the memory lives. It’s got to be. Obviously. I’ve got a bottle of wine and a drill, a car battery and a metal geometry compass. Maybe it’s time to forget.

If all goes right, after this, don’t ask me because I won’t know.
politics secrets