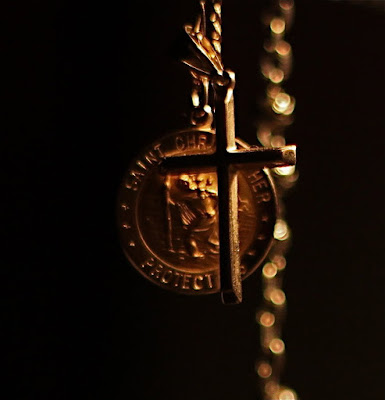 It is the eyeliner, is how you know. More than the famous discolorations on the skin, liver spots shall we call them, more than the sense of shrunkenness. And not the eyes themselves, no not that, they can remain as before for all I care of them, and not the eyelids, either, but a red line around the eyes, as though bright red eyeliner has been applied. It happens in the very old, consistently too, at some point of aging, and so it was with my breakfast partner, Buck.


Breakfast partner, pfshaw. The hardest thing was to look, the eating was reprehensible, what with the essentially raw eggs supposedly scrambled, he might as well have drunk them.

“Missouri… and Iowa… and Kansas… and Missouri... and Nebraska,” he said. This was the first thing he’d said to me ever during these our daily silent breakfasts at the West Gray Café. I was dumbfounded, it is not too much to say dumbfounded.

For lack of a better response, I said this: “Wh-wh-what?” and I set down my fork in order better to listen to anything more that might be forthcoming.

“My region. That was my region,” Buck said with egg dripping down his chin. “Iowa, and… and… the rest. Four states. I was to bring around trout and catfish, carp too if need be.”

I thought catch up, c’mon Harry, this is important maybe. Two plus two and all that. “You were… you were a traveling fish salesman?” Why not?

But why did Buck look frightened? Discomfort with talking after so long, like a performance anxiety, maybe, discomfort with me, probably not, fear of his subject, maybe – I ran them all through my mind and found all possibilities wanting, so I gave up and resorted to listening. One can learn some things, occasionally, if one is willing to resort to listening. I tell you it works wonders.

Buck went on. “Your” – he said your but why were they mine? – interstates weren’t always around. That was Ike. Someone with the name Ike. Before then, the traveling was perilous, which means fraught with danger. Buck drove a red 1953 Chevy 3100 truck with coolers in the back, for the fish, it is to be assumed.

Oh, he was terrible at it with the not being able to convince stores to purchase his fish and the flattening of tires and the almost total dearth of a motel when he needed a motel. Often his very fish became his very dinner at a roadside fire. People don’t trust a man who smells of fish, Buck said he always said, even if it be the fishmonger.

“Failure is a terrible thing,” he said, “a terrible thing in any age,” but he went on and on driving always and selling rarely because what else is a man to do but what he does? It must have seemed as though the end of the road, or if not the road, then the end of a road, at any rate, when in roadside shop outside a place called Strang, Buck traded a semi-rancid carp for a rosary with attached Saint Christopher pendant.

“The patron saint of travelers,” the card said. The card before it, in the glass case and barely legible. Traveler, that was Buck, Buck said. You could pray to your patron saint and the patron saint would interdict – he meant intercede – with the Lord. So believed the papists.

And so the rearview mirror of the 1953 Chevy, old by then, but that became the home of the rosary, pendant and all. “Please dear Saint Christopher, guide me on my way,” Buck said. He rubbed at the pendant. “May my journey be light and the people I meet be hungry for fish!”

Then the people he met got hungry for fish.