on November 18, 2017
I walked back. What did you expect? I had to return home, after my long walk. That’s how it worked. But on reaching Stanford Street, I could see, clearly, my eyes were fine, the whole block was bustling with some indeterminate activity.

I went forward, nonetheless. Forward. Ducked under a police tape. An officer came to me and blocked me, said, “Sir, we’re asking that everyone just stay back-”

“But I am trying to get to my house,” I said, explaining. “Over there. On Fargo.” I pointed in a general direction, generally. Smoke blocked the view. Or was it fog? I reached for my wallet. My ID. To show him, you know. He’d see… But he waved me past, let me on through. He did not seem to take an interest in my ID.

The officers in the hole were not officers. They were soldiers. They were caked with mud that was grey so I could not determine the color, the original, I mean, the color of the uniforms. To me, all uniforms were the same. Their helmets looked like upside down soup bowls, I thought.

The soldiers, in the hole, where my house used to be, they scurried round the trench hole. They held long guns. They took turns pointing the long guns through breaks in the sandbag stacks, to shoot.

My house was nowhere to be seen. “Excuse me,” I said, not loud, somewhat guiltily, for it seemed the wrong time to mention it, “What about my house? My… my…” I stammered.

O, eleven years and not much to show for my stay, it seemed. Still, I needed a nap. How can one mention a nap in wartime? To soldiers soldiering?

The cold hurt my fingers and I heard explosions in the distance. Probably George’s Country Sports Bar, I thought, gone at last. It was all so inconvenient. I walked over and a little bit further back, to where the green block of townhomes used to be. There were some bleachers there and I saw cheering people, clapping people, families of the soldiers in the hole. From the looks on their faces, we were winning, it seemed. Good. I wondered who “we” were.

One woman wore a big foam finger. “Did you see where they took my house?” I said. “The one that was here? Before?” She did not make eye contact. She was watching the trench. She was smiling. Very engaged in the war, of course. “You’d have to ask Jamie about that,” she said.

“Jamie?” I said, irritated, now. “Jamie hasn’t lived here for five years! Does she have my house?” But applause broke out, in the bleachers. The soldiers in the trench had had a success of some sort and no one wanted to talk about my house. I worried that Jamie’d seen the condition of my house. The bottles. The ashtrays. I’d have to stop her from going inside.

Behind the bleachers were standing stones. Very tall. Maybe granite, I don’t know. Little fissures in the rock and ants crawling through the fissures and very tiny twigs in their mandibles, all. A whole network of the things. You could stand there for ages, if you wanted, just watching these ants, in the fissures, with their twigs. I nearly forgot about my house.

On the standing stones, someone had gone and chiseled runes, and the longer I looked at the runes and the fissures, the more sense they made. It was as though they wriggled before my eyes until I could read, “Here lies the astronauts.”

How was it I had missed all this on the news?

Leaving the war behind me, I set off again, in search of my house, and Jamie, and my bamboo plant, and my spare contact lenses. I really needed to take that nap. 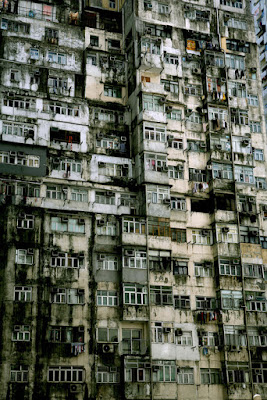