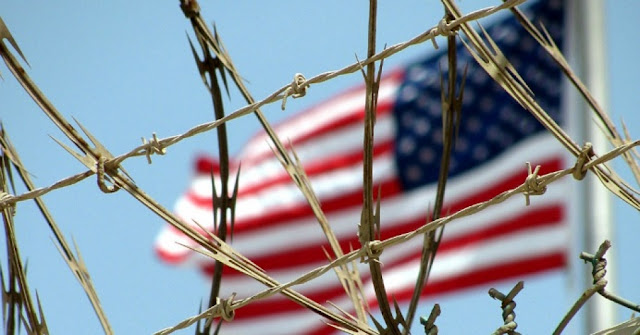 They enter my country via a routinized system of smuggling – inside of people – and once freed from their host bodies, are entirely unconversant in our language and in possession of no marketable job skills.

Furthermore, if that’s not enough, and it is enough so what I mean to say is what’s more, after being welcomed here literally with open arms, they waste no time in getting around to killing us. With guns. Yes, they mow us down – do they ever! – without a second thought, or without any thought at all, really, in numbers surpassing even those of extremists in religion.

You know this is true. The gory corpses pile high yet the shooters go unpunished, mostly.

And if it should so happen that I should sound angry here, perhaps a bit hateful even, well then, I am angry. Like that quote I remember by a coiner I forget, when faced with injustice, anger is a natural and appropriate human response, and I am responding.

I am responding to the killer babies¹.

I ask you now – sit back and consider my words soberly – why we are allowing these killers to come into our great land at all? Into our homes? Until that day when we can figure out what’s going on and before they graduate to tiny suicide vests, we say “No more,” you and I. We leave them out.

Closing our borders is but a simple thing. Baby gates along the beaches. The greater problem, it must be admitted, is the homegrown variety, of which there are many and more every day.

But in hospital beds, birthing centers, in the back seats of taxi cabs, we can wall off their precise points of entry. Seal out the little buggers. Before they can kill.

O, but their human host bodies will scream!

“I knew a toddler back in college and he never killed anyone!”

I know. I know. I have little doubt that some of them are good people.

Now we come to the part where I tell you what I’m doing about it. Personally. What I’m already doing about it, and not just me, but a veritable army of lonely, middle-aged men, patriots all, serving our country selflessly. Saving you from stray bullets in the local Walmart.

And if we don’t do it every night, no not every night, then at least we hold to our posts with enough regularity to make a difference. So many nights, with beer in hand and basking in the glow of our laptop monitors, I and hundreds of thousands like me keep diligent watch over the places where the killers’ traffickers bring them through.

We are educated men, do not doubt it, and we know just how it is the killers come to be here. And long into the night – long after that hour at which you’ve retired to bed – we gaze, our mouths agape, in accordance with our plan, at internet websites zeroed in on potential smuggling tunnels.

We do this all for you. You won’t. The government won’t³.